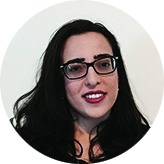 The Baerwald School of Social Work and Social Welfare

In recent years, many researchers have become interested in the role of religion in providing social services in Middle Eastern countries, and have begun to turn the spotlight on religion as a significant component in policy design and its implementation. The current study continues this evolving tradition by using the case of the Islamic Movement in Israel in both its factions; North and South. The debate on social services in Palestinian society in Israel, in general, and those provided by the Islamic Movement in particular, cannot be detached from the discussion of the Israeli welfare system.

In general, the Israeli welfare system experienced significant slowdowns in the provision of social services, especially in the 2000s.  In particular, the welfare system systematically excludes and discriminates against disadvantaged population groups, predominantly the Palestinian population in Israel. Some argue that the Movement provided the services in places where the state failed, or as an alternative to existing services.

The present study strives to describe the historical development of the Islamic Movement as a provider of social services in Palestinian society in Israel, while examining the factors that led to the development of these services, and examine the concept of an "independent community" conceived by the leaders of the Northern Islamic Movement as an umbrella that includes the movement's social services.