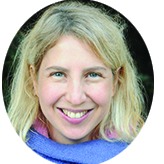 The Faculty of Social Sciences

Micro-Politics of Interaction Spaces in Jerusalem

Over the past decade, changes in the urban structure of Jerusalem, and especially the construction of the separation wall and the light railway, have created greater interaction and friction between the ethno-national groups that inhabit the city. Israelis and Palestinians, ultra-Orthodox Jews those who are not, travel together on the light rail, shop at the same shopping malls, and meet each other in the city's public spaces. This process of undermining spatial separation in the West Jerusalem area raises new questions about the nature of segregation in divided cities.

The present study will focus on two aspects of the process: the first part will examine the complex implications of de-segregation in the space of the Hebrew University campus on Mount Scopus.  The second part will focus on the ultra-Orthodox population of Jerusalem and examine how the spatial daily practices of the ultra-Orthodox affect their perception of the "other" population groups in the city, as well as their political positions on the Israeli-Palestinian conflict.

This study is based on a combination of different research methods, including the use of interviews, mental maps, questionnaires, focus groups and detection methods. The present study is a direct continuation of the doctoral thesis, which focused on the daily practices of Palestinian and Israeli women throughout Jerusalem.