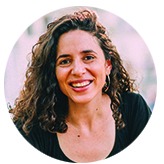 The Faculty of Social Sciences

Israel, a country of immigrants and minorities, is faced with the challenge of overcoming color- and ethnicity-based inequality. Favoring ethnic, racial or other insiders over outsiders is a well-documented aspect of human behavior. Decades of research in social psychology show that individuals are more generous (Rand et al., 2009), cooperative (Yamagishi, Jin, & Kiyonari, 1999) and trusting (Foddy, Platow, & Yamagishi, 2009) toward members of one’s in-group in comparison to out-group members.

While psychological research underlying intergroup dynamics continues to flourish, the neurobiological mechanisms underlying them remain poorly understood. My doctoral research leverages innovative methods of assaying biomarkers and quantifying social cognition to examine if autonomic, non-conscious changes in social cognition of in-group members are facilitated by acute-stress exposure. Specifically, does exposing members of Israel's majority groups (Jewish Ashkenazi and Mizrachi) to stress result in implicit changes in their perception of out-group members (Jewish Ethiopians and Israel-born Arabs). This research is intermeshed with central themes of Israeli society, as my central hypothesis is that stress will increase social-cognitive biases of Jewish Ashkenazi and Mizrachi toward Jewish Ethiopians and Israel-born Arabs.

Since many of the contexts by which implicit biases are likely to manifest (e.g., over-policing) are stressfully loaded, the current study can assist in developing both awareness and novel intervention programs to address non-conscious processes underlying prejudice.