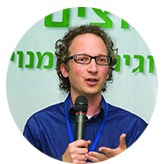 Coping with Controversial Issues in the Classroom:  The case of Israeli Civics Teachers

How do students get educated in a multi-cultural democratic society steeped in controversy? Do teachers provide their students with opportunities to cope with the attitudes and identities of the Other?

This study examines the question of controversial issues in the teaching of Civics in Israel. Civil education researchers (Galston, 2001) argue that pedagogy (How you teach) affects the attainment of the goals of liberal-democratic civic education no less than the content (What you teach).  Therefore, this study looks at the practices implemented by teachers of Civics in public schools when they teach about controversies.

The teaching of Civics has undergone significant changes since the early days of the state, in which a non-political approach was taken to teach controversial issues (Ichilov, 1993) to the present age, in which controversies are an integral part of the curriculum (Avnon, 2013). The study explores how perceptions of political education (Lamm, 2000) are now coming through the classroom door, how they are reflected in teaching practices and what influences them. Since there are already many studies examining the fundamental documents of the education system (curriculum, study providers), and whose perspective is top-down, a methodology of educational ethnography was chosen for this research, which brings the authentic voice of teachers in the educational field and examines what they are actually doing about conducting discussions on exciting political controversies. I continue previous studies, which have already dealt with the questions: Do teachers deal with controversies? How do you deal with controversial issues in the classroom? I wish to contribute by answering the question: What makes it possible (or difficult) for teachers to engage in intimidating controversies in the national, local, and interpersonal context in which they operate? In my view, this is an important question in today's political reality, in which a multiplicity of cultures and opinions and tolerance towards them is sometimes perceived as a disadvantage. The findings will contribute not only to the enrichment of research knowledge on the subject, but also to influencing policymaking in training for teachers and school principals.