Skip to main content
HOME / NEWS / Memories From Other Holidays

Center for the Study of Multiculturalism and Diversity 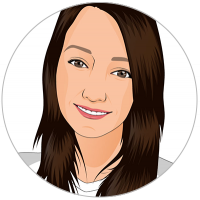 From the Bilingual School to the University: Areen Nashef on two mixed environments, and the longing for true multiculturalism

Not long ago, it was Christmas. The Department marked the holiday by placing a decorated Christmas tree and giving out chocolates to the students. A few days later, it was Chanukah, marked by a festive candle lighting ceremony and giving out jelly doughnuts at the Department library. That week at the university reminded me of my experience as a student in the bilingual school. I remember one year in particular, when Christmas, Eid al-Adha and Chanukah all coincided on the same week. We had a party for all the students and their families, each one from a different religion, different culture and different language. I remember the warm feeling around the event, the feeling that each one of us can celebrate the holiday of the other without feeling that their own holiday is lessened in any way. The events at the Department this year reminded me of those sights, but the feelings were very different from those I had when I celebrated with my friends some years ago.

I am often asked about the bilingual school, which I attended from the time I was in kindergarten. I explain that for the first six years, there are two teachers in the classroom, each of them teaching the material in her own language (Hebrew or Arabic). At later stages, there is only one teacher in the classroom, teaching in her native language. When I say that this is how we studied, many don't settle for the answer and try to understand, asking: But how exactly did that work? They are referring to the language, as well as the identity, the holidays and national days, and other issues. I often find myself looking for a reasoned response, but find it difficult to put my finger on one particular explanation, and I say: It just worked. It is hard for me to explain my unique experience because for many years it was the only one I knew, and for me it is only natural. I don't know why, when I was in first grade, I sat next to a Jewish girl and we decided to become best friends, even though we couldn't speak a word in each other's language.

During my years as a student at the school, many people said we live in a bubble, and that on the day we graduate and go out into "the real world" we would understand that reality is different. I have always been against that claim. I believed that in our community we are able to cope with what is happening outside the school. Today, as a third year University student, I am beginning to see the perception gap. Outside of the bilingual school, those values that I was raised on and which were very clear to me were not obvious any more, and I had to adapt to a different reality. By this I don't mean a reality where I meet people from a different background or those who hold opinions different from my own – I had met them during my school years. I am referring to a reality where people perceive my identity through one component only, which is one that dictates who I am, who my friends are and what my social framework is: I am an Arab. When I came to the university, I realized that my identity determined my relationship with the other students, according to their assigned identities as Arabs or Jews. Instead of being defined by my identity, it defined the others as well, and for the first time in my life, I felt like a minority.

How is it possible that you felt like a minority only now, you may ask – you knew your whole life that demographically and essentially the Arab population in Israel is a minority!  Well, for me this had a political and social significance, but not personal significance. I have always known who I am, where I come from and what are the things I believe in.  In every context, I acted to promote my views, but I never felt that I was fighting the majority in order to express my opinion.  Now, after three years of study at the university, the fact that I am Arab comes first. Any view I may have on any subject that has a religious-national-political-cultural aspect is faced with opposition, which I counter by taking the defensive position of minority vs. majority.

Theoretically, my integration at the university was supposed to come naturally to me, as this is an educational framework that includes members of all parts of Israeli population, as I had been used to. However, what I discover every day is that despite the diversity on campus, and at the School of Law, there is no real multiculturalism among us, resulting in the gap between the reality I used to know and my present reality.

* The writer is a student at the Multiculturalism and Diversity Clinic.